Kenya is a land of wilderness, national parks, soda lakes and dormant volcanoes. This is a surprisingly harmonious combination of the primitive past and the civilized present. Kenyan nature inspired Hemingway to create the books Green Hills of Africa and The Snows of Kilimanjaro. Winston Churchill, Theodore Roosevelt, Queen Elizabeth II of England have visited Kenya.

The capital is Nairobi. Translated from the language of the Maasai tribe, the word "nairobi" meant "a place of cold water." Before the construction of the city, there was a small oasis here, where slave caravans stopped. Thanks to the British, Nairobi has become a major metropolis and one of the most beautiful cities in the world. The central square of the city is dominated by a clock tower similar to London's Big Ben. Nearby is the tomb of the first President of Kenya, Jomo Kenyatta. Around the square are modern skyscrapers made of glass and concrete. It has first-class hotels, shops, restaurants and an elegant International Convention Center. In the National Museum in Nairobi, one of the main exhibits is a life-size stone copy of Jomo Kenyatta's beloved elephant. The president was so attached to his elephant that when he died, he ordered to make a copy of it, perpetuating the memory of his favorite. On display are the claws of a man-eating lion that ate the royal quartermaster Sir Charles Henry Ryall right on the train and was killed by the brave hunter Gastello.

History: Back in the last century, travel to Kenya was unsafe. The construction of a railway from Mombasa, the former capital of the country to Lake Victoria, was crowned with many victims of lions, who attacked both Europeans and Africans. Local residents claimed that this was the curse of Tsavo - the curse of the spirits of dead sorcerers, who were against the idea of ​​the whites - the construction of the railway. However, the road was completed. And the capital was moved from Mombasa to Nairobi. But Kenyans still prefer the car. Who wants to shake for 12 hours in the heat, if the distance between cities is only 500 km? And it’s scary. Suddenly, the terrible curse of Tsao is still in effect.

Sightseeing: Mombasa is an ancient city. It was mentioned in their works by Diogenes and Ptolemy. Back in the 12th century, Mombasa was an independent city. But its Golden Age came three hundred years later, when it became the most important strategic point on the sea route from Europe to China, India and Persia. In city markets, gold, spices, ivory were exchanged for silk from India, ceramics from Persia and China. The residents of Mombasa wore gold jewelry and lived in two- and three-story houses. The city has experienced many wars and invasions. Its convenient location haunted the Zimbabweans, Portuguese and Turks, Germans and British. After all, control of this port meant control over the entire coast of East Africa.

Today Mombasa is a large city with an abundance of beaches. This is a famous world resort with beautiful nature. There are almost no old buildings left here. The few houses that have survived in the center are designed in the Arabian style: with carved front doors, staircases and balconies. The modern seaport in Mombasa is the second largest African port after Cape Town. Today, all Kenyan exports pass through it: tea, coffee, leather and cotton.

Several old ship cannons remained from the past battles, which can be seen not only in Fort Jesus - the main fortress of the city, but also at the gates of prestigious hotels and just lying at the crossroads. Fort Jesus was built in the 16th century to protect Portuguese ships from Turkish raids. At that time, the Kenyan land was controlled by Portugal. Fierce battles have been fought here for over 100 years. The longest siege lasted almost three years. When the Turks managed to enter the port, everything around was littered with corpses. The last surviving Portuguese soldier lured the enemies to a powder store and blew himself up along with two dozen Turks. When a new mistress, Britain, came to Kenya, Fort Jesus found a new use. It became a prison for especially dangerous criminals. And only 45 years ago it was declared a national monument.

The natural oasis of Mzima Springs, formed 500 years ago by the eruption of the Chulu Hills volcano, is home to crocodiles and hippos. It is the purest source of drinking water for Mombasa.

The ruins of the city of Gede are lost in the coastal jungle. Once, in the 17th century, residents left this city for an unknown reason. Perhaps a curse hung over the city, perhaps something else. Only the walls of Geda can tell about what really happened. For the entire African continent, this is the most mysterious place.

The city of Malindi has seen the greatest people of the past millennium. It was visited by Vasco da Gama, Christopher Columbus and Diego Amerigo. Here are the remains of a column that once symbolized the great achievements of Portuguese sailors. There is also a church, which became the first built in Africa.

Kenya's national parks with wildlife, underwater springs, soda lakes in the Great Gorge Valley and snow-capped peaks have made the country famous. Here you can meet herds of elephants and bison, graceful giraffes, lions and tigers, crocodiles and hippos living in their natural surroundings. The variety of exotic birds delights not only travelers, but also birdwatchers. Marabou, secretary bird, white pelicans, herons, pink flamingos and about 400 other bird species inhabit Lake Nakuru. Black rhinos, which have become a rarity even for Kenya, are also found here. On Lake Victoria, the largest lake in Africa, it is worth renting a motorboat and going fishing.

An excellent bite is guaranteed. Next to the Masai Mara Nature Reserve, home to rhinos, antelopes, gazelles and cheetahs, is a Masai village. It will be very interesting to make an excursion there. Climbing Mount Kilimanjaro, descending into the famous Ngorongoro crater will give you the opportunity to feel like a discoverer of something unusual. The sixteen-kilometer crater Ngorongoro is home to the most amazing hippopotamus birds. In addition, lions, leopards, buffalo and rhinos have found their home in these places.

Holidays in Kenya: White sand beaches, azure oceans, palms and other tropical plants have made Kenya an ideal holiday destination. Luxury oceanfront hotels are very diverse in architecture. In the evenings, the doors of the casino and cabaret open. Among beach activities, tourists prefer underwater fishing, diving, hot air ballooning and windsurfing. Kenya's remarkable courses are well-suited for golfing. Promises exotic camel safari. In the menu of restaurants in Kenya, you can always find dishes of both African and European cuisine. The basis of Kenyan recipes is maize porridge and spices. The wine is mainly South African. 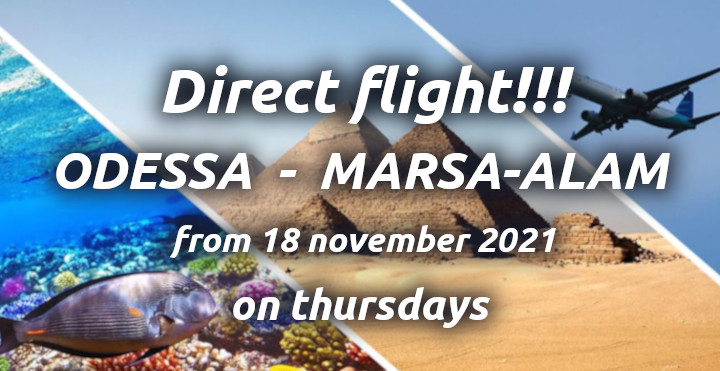