The largest country in South America and the most popular among tourists from all over the world. Thanks to the happy combination of a warm, sunny climate ,. splendor and richness of nature, wonderful beaches and magnificent hotels, Brazil is rightfully one of the most visited countries.
The territory of the country is 8,512,000 square kilometers entirely covered with magnificent natural beauty. The landscapes of Brazil are varied and incomparable. From mountains covered with emerald forests, to mother-of-pearl warm beaches, from grandiose waterfalls and great rivers to multi-million dollar megacities. Most of Brazil is dominated by a tropical and subtropical landscape, with its inherent multicolor, polyphonic and riotous life.
Brazil borders all countries of the continent and is washed by the waters of the Atlantic Ocean in the east.
The capital is Brazil.
Official language - Portuguese
Religion - the bulk of the population is Roman Catholic. There is freedom of conscience in Brazil.
The climate is warm and humid throughout the year. From June to September - the dry season lasts, but this does not mean at all that it does not rain in Brazil during these months. Brazil is a country of eternal summer and summer rain can fall here at any moment. Average annual temperatures range from +16 to + 40 degrees Celsius. The beach season in Brazil is from late November to late March.
Political Structure - Brazil is a democratic republic with a separation of legislative, executive and judicial powers. The city of Brazil is the brainchild and a unique experiment of the world famous architect Oscar Niemeyer. This city was conceived by its creator as "ideal". It was designed from start to finish in an architectural studio and built from scratch, as they say from scratch. Anyone who wants to visit the capital of Brazil, lonely located in the geographical center of the country, can judge what came of this.

Resorts
Rio de Janeiro is the tourist capital of Brazil and one of the world's tourist capitals. Names such as Copacabana, Marciana, Corcovado, favela, carnival are heard by most Ukrainians: Rio de Janeiro is a city of world famous attractions. His lifestyle is unique and full of temptations. Rio de Janeiro is not only the dream of the famous hero of the Soviet classics, but also of many millions of mere mortals. The reality of this city exceeds all expectations: for many, it is becoming the most beautiful place in the world.
The main excursions worth visiting: a sightseeing tour of the city with a visit to the famous Corcovado hill, which must be climbed in order to see the whole of Rio, prostrate at the feet of Christ the Savior. The City Tour with a visit to Sugar Loaf Hill will allow you to see the panorama of the city from another high point. You can do both of these city tours in 1 day, and thus get to know the famous city and its main attractions: beaches, hills, Maracanã stadium, historical center, Tejuca forest.
Excursion to tropical islands is popular with tourists. This is a full day boat trip to the islands lying in the Atlantic Ocean near Rio de Janeiro. The magnificent nature and the opportunity to swim and snorkel make this excursion unforgettable.
Sao Paulo is a metropolis whose population will soon reach 20 million. If you want to know how people live in one of the largest cities on the planet - Sao Paolo - your route.
Angra dos Reyes is a resort town 120 km south of Rio de Janeiro. The unusually picturesque location of the resort in a narrow and deep bay with a heavily indented coastline and more than 300 islands created the ideal place for a carefree vacation. The beauty of nature and the mild climate have long attracted wealthy Rio residents to the Angara, who traditionally built their country villas here, raising the prestige and value of this resort.
Buzios - a resort 120 km. north of Rio de Janeiro. Buzios is a peninsula with numerous bays and coves, above the beaches of which there are hotels for every taste and pocket. The resort began to grow rapidly and gain popularity since the 60s of the last century, when Brigitte Bordeaux "discovered" and fell in love with it. Today, grateful residents of Buzios have erected a monument to the actress in the center of the city, on Rua das Piedras, where all residents and tourists flock every night in order to cheerfully celebrate another beautiful and carefree day. The beauty of nature and beautiful beaches, yachting and spearfishing, beach excursions and lively nightlife make this resort one of the most popular in Brazil.
Recife is a resort in northern Brazil with magnificent beaches: white fine sand and clear warm waters, the beauty of coral reefs, the possibility of spearfishing, windsurfing, snorkeling, night walks on the sea on pies attract tourists from all over the world to Recife.
Costa de Sauipe is undoubtedly one of the most picturesque corners of Brazil. The city of El Salvador is the historical capital of the country. He still lives in many ways with age-old traditions, which tourists can get acquainted with, vacationing in the resort of Costa do Sauipe.
Iguazu National Park is located in southwestern Brazil, bordering Argentina and Paraguay. Declared by UNESCO as a Natural Property of Humanity. Here is one of the wonders of the world - the world's largest waterfall, more than 3 kilometers long and up to 80 meters high! Iguazu is formed by 275 cascades. The threshold, which formed the waterfall on the border of Argentina and Brazil, bends in the shape of a giant horseshoe, in the center of which the pressure of the falling water is so strong, and shows such an incomparable spectacle of the greatness and power of nature that this place was nicknamed "The Devil's Throat".
Here tourists can swim next to the waterfall and visit the Bird Park, visit the Argentinean part of the waterfalls and take an excursion to the world's largest hydroelectric power station, Itaipu.
Amazon - Most of the Amazon flows through Brazil. Here you can get to know the great river and its inhabitants. Observing animals in the jungle, night walks along the river in search of crocodiles, fishing for piranhas, visiting the lake where the world's largest lotuses - Victoria Regia, meeting the Indians and their traditional way of life - will be an unforgettable experience for exotic lovers.
Pantanal is an area located in the center of Brazil, which is under state protection. This is a unique nature reserve, with a huge variety and richness of flora and fauna, interesting primarily for tourists who love outdoor activities and are looking for adventure in communicating with the wild. Photo safari on foot or on horseback, observing the life of animals during the day and at night.
Visa regime - citizens of Ukraine receive a Brazilian visa at the Consulate of Brazil in Kiev.
Monetary unit - national currency - real 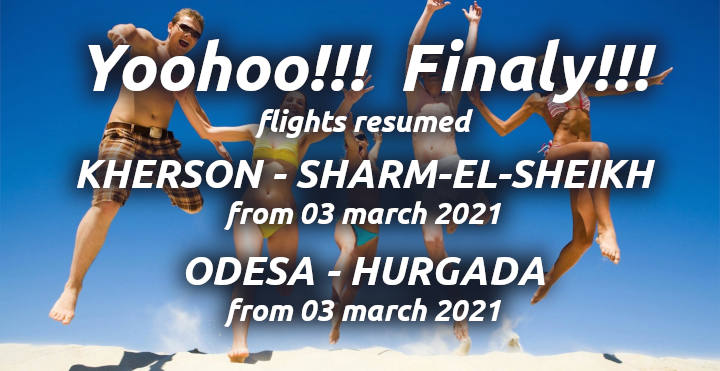